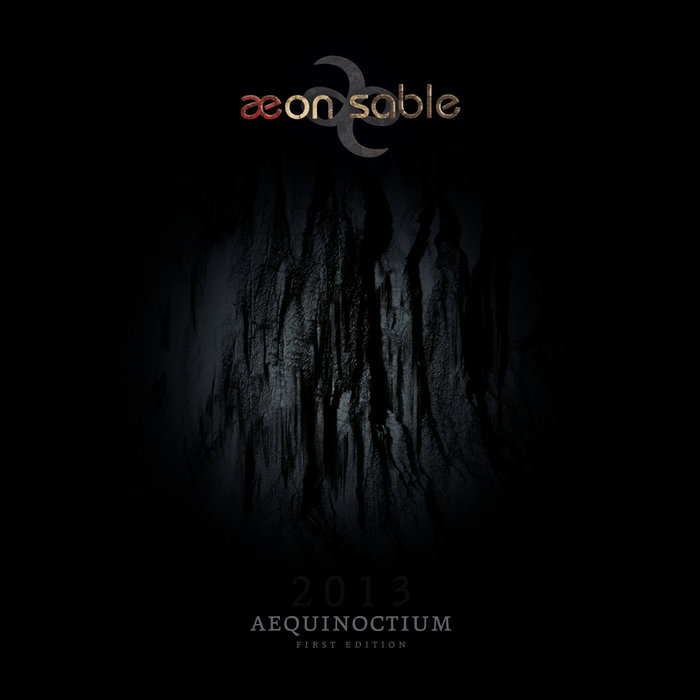 Some say the music of Aeon Sable is gothic rock, others call it dark rock, doom, goth, new goth, metal (...) - for us, this kind of music is a soundtrack for dark souls.

Inspired by:Bauhaus,
the sisters of mercy, fields of the nephilim, the cure, tiamat and a lot of black metal. ... more

At the station, in the cold
counting heartbeats, getting old

At the station, in the rain
Lust is driving us insane

At the station, late at night
come on baby, hold me tight

At the station, miles away
feel the emotion come and play

At the station, near the park
Your eyes are my guide in the dark

At the station, late at night
come on baby, I hold you tight

Oh I did it again,
I couldn't stop looking at her
while he was placing his kisses
where I would like to place mine

A scene from an ancient tale
with this Asian girl
played in the Asian world – today
this perfect lust, desire
with a taste of a crime
that I can't take with me in my mind


Oh yes I did it again,
I couldn't stop dreaming of her
and while I touched her soul,
he cried and watched the river flow

And so I danced with her
until she felt asleep
and no one ever found out what I did
in this moment of lust, desire, sin and crime
that I can't take with me in my mind.

I've been giving away my pride
and so I called you out tonight
and while the cold wind blows in your hair
and while I look at you, I can see that it's true,
your ghost is still hunting me

I got a grip on me
that feels again
that heals my pain
destruct, evokes
a demons name
get me up so i can sleep
a sober life is cold as deep
hold me tight that i can't breath
on my back the monkey's squeeze

we got a fix on us
for bad and worse
perpetual curse
construct, defeat
the life adverse
get me up so i can sleep
a sober life is cold as deep
steal my faith with expertise
'til all I've left is this disease

Between the landscapes
desert left and ocean right
to burn, to drown,
hell is everywhere,
can you see?

the sun hides its light
for them and their destructive story

Bandcamp Daily  your guide to the world of Bandcamp